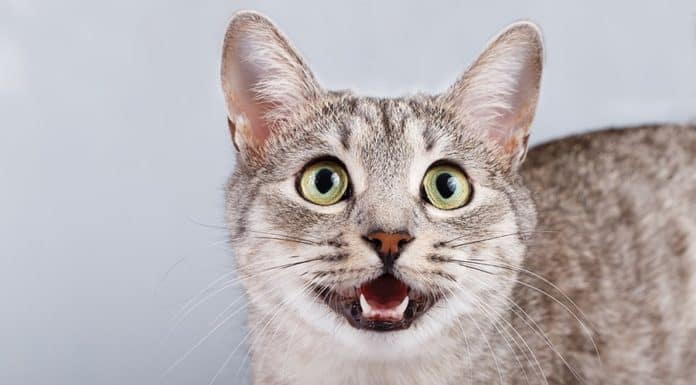 Noisy breathing in cats –a feline condition, which occurs during cat’s inhalation. This is a high-pitched, snore kind of sound, which commonly arises from the fluid vibration, or the tissue vibration, which is flabby or relaxed. This commonly arises from the airway blockage in the pharynx. In this article, we will discuss some more amazing and interesting facts about noisy breathing in cats including its causes, symptoms, and treatments. Read on to learn more about these!

What is Noisy Breathing in Cats?

Even though noisy breathing in cats itself isn’t deadly, the causal condition may be. If the airway obstruction is the one to blame, total airway blockage may happen so quickly and even with no notification, resulting to a complete respiratory failure. The narrowing, blockage, and some other issues, which result in the noisy breathing may occur nearly somewhere in the cat’s respiratory system. Further. this includes the larynx, smaller airways in the lungs, bronchi, throat, mouth, or nose. Further, cats which are experiencing noisy breathing must be seen by a vet, in order to diagnose or rule out possibly serious medical illnesses.

This is characterized by noisy breathing with low-pitched sound, which happens when inhaling and is commonly due to an issue in the throat or nose

This is characterized by noisy breathing that comes with a high-pitched sound, which often happens when inhaling, and is typically due to an issue or blockage in the windpipe or larynx.

Treatment for Noisy Breathing in Cats

The treatment for noisy breathing in cats may focus mainly on treating the causal condition. For instance, if a tumor is the cause of the condition, surgical removal or some other cancer therapies might be used. Below, we listed some of the possible treatments for the feline condition: