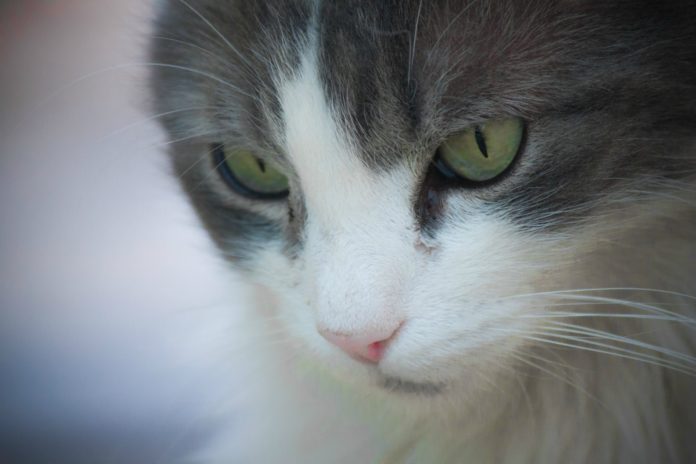 A disturbing number of cats are developing diabetes mellitus. This is a condition that is characterized by the inability of the cat in producing a sufficient amount of insulin, in order to balance the glucose or blood sugar levels. If you leave this without treatment, it may lead to comatose, problems with motor function, severe depression, dehydration, vomiting, loss of appetite, weight loss, as well as death. Give this article a read and get to learn more about diabetes in cats. What causes it, what are its symptoms, how to treat it –you will know all!

Diabetes in Cats: What is this feline condition?

When cats are suffering from diabetes, this just means that their pancreas is not able to produce sufficient amount of insulin, or their body has an insufficient response to the hormone. In the actual fact, insulin is necessary for the absorption of sugar or glucose in the bloodstream right after eating. This will then be transported to the cells all over the body, thus enabling them to grow and thrive. Therefore, a cat with diabetes will not be capable of controlling the glucose level in the blood. In case the blood sugar levels suddenly become treacherously high, it is already called hyperglycemia. On the other hand, when the glucose or blood sugar levels are too low, it is called hypoglycemia.

Diabetes in cats has been a growing problem. As a matter of fact, the occurrence of this condition in cats has already increased about 18.1% since the year 2006. In order to reverse this particular trend, pet owners must know the causes of diabetes in cats, as well as what they can do in preventing and treating the condition in the cats.

Dissimilar with the dogs, cats that are affected by diabetes may usually suffer from the type 2 form of the condition. This particular type of diabetes in cats is due to the abnormalities in the pancreas. Furthermore, it is the same as the type 2 form of diabetes that affect humans. Moreover, the type 1 of diabetes, which is common to dogs, yet very rare in cats, is due to an auto-immune response that destroys the cells that process the insulin in the pancreas. Further, diabetes in cats may sometimes be a secondary condition or develop as a response in various types of drugs.

Is your Cat at Risk of Diabetes?

Diabetes may affect cats of all breeds and ages, but it is more usual among the older cats and middle-aged ones. Furthermore, it is also common to the male cats, as well as those that are inactive and overweight. There are also some evidence that specific breeds, like the Burmese cats, have a genetic predilection to the illness. The cats that are in a long-term course of medications may also be more at the risk of the development of diabetes.

What are the Major Symptoms of Cat Diabetes?

Here are some of the major symptoms of diabetes in cats:

Even though the symptoms might point to diabetes, various tests may still be necessary for confirming a diagnosis, as well as to rule out some other diseases with the same signs. The urine samples to test for glucose might be taken; in case it is present in the urine, that could be a strong indication of diabetes in cats –as it is not being absorbed by their body. Furthermore, blood tests may also indicate a high level of sugar. Additional tests might be necessary if the vet is not sure about the diagnosis, since the high glucose levels may also be a result of stress. The veterinarian might need to admit the cat as an inpatient while they analyze the issue and get the condition steady.

Most of the cases of diabetes in cats may need insulin injections, commonly twice a day, about hours away from each other and after having a meal. Further, the injection is commonly given in the neck’s scruff and must be painless for the cat. You must also test the cat’s blood sugar levels by taking a small swab of blood with a bit of a pinprick.

The vet will show you how to give insulin injections, as well as carry out any glucose or urine tests. A lot of cat owners are reasonably concerned regarding the injection, yet soon get the used to it with some practice. Furthermore, you might find the need of some other pair of hands in helping you to hold the cat still for the injections, most especially in the early stages.

It is so important to follow the instructions of your vet precisely, as well as to stick with a regular everyday routine to ensure that the insulin level of the cat is being kept at the safest levels. You need to double check the proper concentrations of insulin on the syringes and make sure that you store it appropriately in the refrigerator all the time.