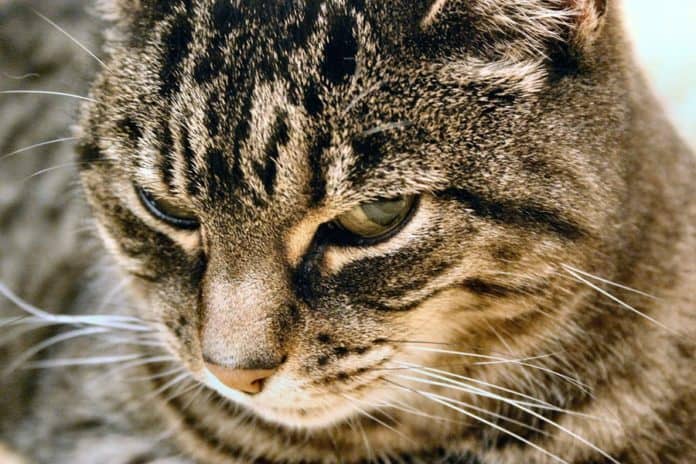 Hypereosinophilic syndrome in cats –a feline condition that is characterized via tenacious eosinophilia –that is, unrelenting overproduction of eosinophils in the bone marrow, is a malady of unidentified cause. Nonetheless, the suspected cause is a connection to an austere reaction to a certain unidentified antigen or an impairment of the immune response and the control of the production of eosinophil. This is actually a multi-system syndrome, which has invasion of tissues through eosinophils and succeeding organ dysfunction and damage. In this article, we will discuss some more interesting facts about Hypereosinophilic syndrome in cats including its causes, symptoms, prognosis, and treatments. Read on to learn about these and more!

What is Hypereosinophilic Syndrome in Cats?

It isn’t known what really causes the hypereosinophilic syndrome in cats to happen. The researchers think that it might be triggered by a certain reaction to an unknown antigen. In addition, this particular antigen stimulus might arise from 2 different viral strains, instigating the production of white blood cells. Also, the cats who’ve had eosinophilic enteritis, a condition, which causes inflammation in small intestine, might be predisposed to the Hypereosinophilic condition.

The severity of the symptom commonly increases progressively as the amount of eosinophils increase. The symptoms of Hypereosinophilic syndrome in cats include:

The vet may need to discern the heath history of the cat, when the symptom first started, as well as a complete list of the signs. The vet may examine the cat physically, listen to its lungs and heart, as well as feeling for any masses in the body of the cat or any swollen lymph nodes.

Different laboratory tests may also be done in identifying the condition, as well as in ruling out some other conditions, which might be present with the same symptoms. The laboratory tests may include a cytochemical staining, urinalysis, a fecal flotation test, biochemical blood profile, as well as a complete blood count. These aforementioned tests may commonly show a high amount of white blood cells, organ dysfunction, and anemia in the organs affected.

Radiography might also be used in looking at the condition of the organs affected. A radiocontrast dye might also be injected into the cat. X-rays and CT scans may then be taken. The tests might also show thickened intestines, fibrosis, abnormal intestinal lining, enlarged lymph nodes, and thickening of heart arteries.

Treatment for Hypereosinophilic Syndrome in Cats

If a cat refuses food, nutritional support might be administered to make sure that the cat is getting enough calories for the healing. Additionally, a feeding tube might go thrthe nose of the cat to deliver the nutrition needed.

Cats that are dehydrated may need to receive IV fluids. This is in order to correct the fluid loss because of vomiting or diarrhea. Additionally, the vet may keep a close attention on the organs affected throughout the fluid therapy.  Moreover, this is to make sure that the heart and the kidneys are handling the fluids normally.

Steroids like prednisolone or prednisone, may be administered to the cat. These steroids are essential in stopping the eosinophils production. Furthermore, hydroxyurea, a kind of antineoplastic drug, might also be administered. These may also slow down the eosinophils products, thus allowing the immunoglobulin concentrations in order to normalize, as well as the organs to heal properly. If the medications are no working anymore, the vet might begin putting the cat on chemotherapy. Further, this treatment plan may slow down the production of white blood cells, by way of inhibiting the DNA production process.

Even though medications work normally in resolving Hypereosinophilic in cats, they might lose the effectiveness as the time goes by. With proper treatment, cats may commonly leave 6 months up to 3 years after the prognosis.