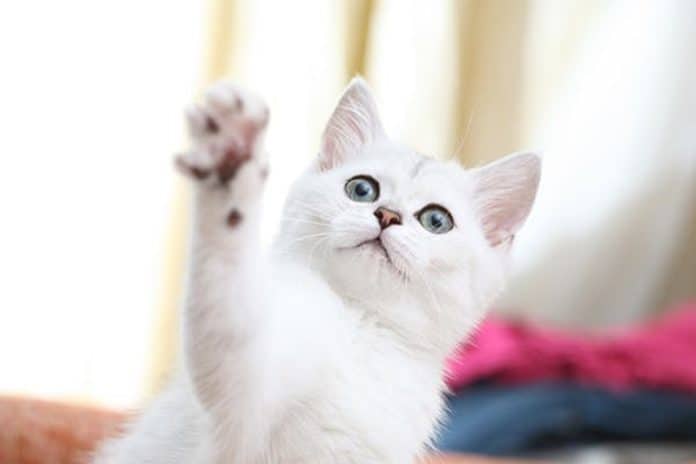 Pulmonary contusion or hemorrhage of the lung in cats occurs when the lung of a cat is being crushed and / or torn during a direct trauma in the chest, this will then impede the ability of the cat to breath, as well as pass the arterial blood to a capillary bed in the synchrony. The cats that are suffering from this capillary damage might also develop a pulmonary fluid in their lungs, as well as a hemorrhage. The pulmonary contusion happens in both cats and dogs. There is no particular age, breed, or even gender predilection. Get to learn more about this feline condition –feel free to give this article a read.

Hemorrhage of the Lung in Cats: What is this feline condition?

Trauma on the chest or the thoracic area might cause just mild bruising or more serious kind of hemorrhage of the lungs. In case the cat has an accident, which includes this kind of trauma, it is significant to see the vet as the symptoms might worsen up to 48 hours after the traumatic experience. The hemorrhage of the lung in cats is so serious and may be a lethal condition when left without any treatment.

Moreover, the cats may suffer from a range of conditions, which may affect the performance and health of the lungs. While some of these conditions are just minor, others may cause some serious problems, just like hemorrhaging or the excessive bleeding in the lungs.

Furthermore, hemorrhaging in the lungs is frequently the pulmonary contusion result, or injury to the lungs, yet might be in relation to disease or some other conditions. The condition might be dangerous as it restricts the ability of the cat to breathe,

Causes of Lung Hemorrhage in Cats

Symptoms of Lung Hemorrhage in Cats

There are particular symptoms, which might indicate the cat is really suffering from hemorrhage in its lungs. It is so important see the vet as soon as whatever indications of respiratory distress are existent. Here are some of the common symptoms that come with lung hemorrhage of the lung in cats:

Prognosis of Lung Hemorrhage in Cats

To be able to diagnose the cat’s condition, the doctor may ask some significant questions about its medical history. Make sure to inform him about any issues during the birth, exposure to toxic substance, traumatic injury, as well as previously diagnosed health conditions. Furthermore, he will also check the cat’s vital signs. During the examination, the doctor will evaluate the neurological function of the cat, as well as listen to its chest. After the examination, the doctor will then draw blood sample from the cat, and run some lab tests.

Moreover, the common panel will include a biochemical profile, as well as a CBC. He’ll take a urine sample for evaluation purposes. The diagnostic tests like the chest x-rays may also be conducted in determining if there is a lung hemorrhage. In case a trauma in the chest have occurred, these x-rays may show fractures. If any blood conditions are assumed, the vet might also order a blood clotting test.

Most of the cats with lung hemorrhage may be admitted to the hospital for the management of the symptoms. The cat might also be monitored for signs of infection, as well as shock, which might happen as well during this moment. An IV might also be placed in delivering medication and fluids as necessary.

Treatment for Lung Hemorrhage in Cats

The treatment for hemorrhage of the lung in cats depends on the cause of the condition. In case of traumatic injury, the doctor may work in stabilizing the cat with fluids, medication, and oxygen. The vet might also close as many lesions as possible. In austere cases, surgery might be needed in closing multiple or even the deep wounds.

In case of blood clotting conditions, the cat may receive a supportive nutrition and blood transfusion via its IV. In the event of lung bleeding due to a cancerous tumor, the cat might need surgery for the removal of it. If the tumor is already inoperable and has spread, the cat might receive radiation or chemotherapy.

The cats with thrombocytopenia are frequently treated successfully with the daily dose of steroids. In whatever instances, if the cat lost a great amount of blood, a blood transfusion might be conducted in replacing it.