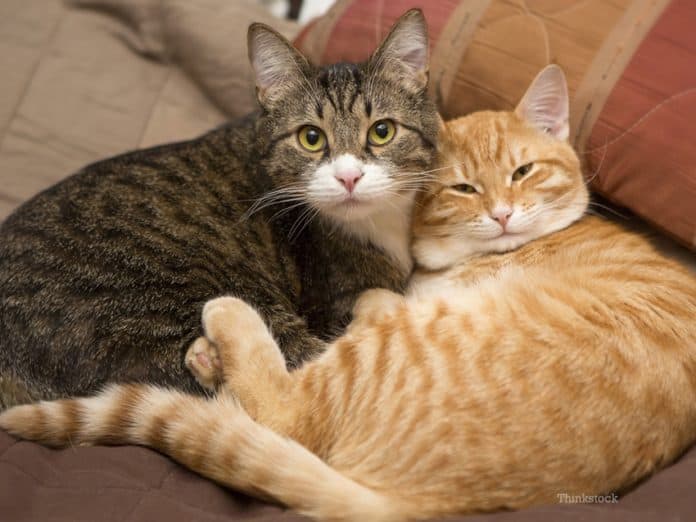 Pus in the chest cavity or pyothorax in cats occurs when the natural immune response of the body to a certain invasion of bacteria accrues in the chest cavity. The pus, made up of dead cells and white blood cells. This gathers at the infection site. Sooner or later, the white blood cells die, leaving a thick whitish-yellow fluid, which is distinguishing of a pus. In this article, we will discuss some more interesting facts about pyothorax in cats including its causes, symptoms, and treatment. Read on to learn more about these!

What is Pyothorax in Cats?

A pyothorax is a buildup of fluids, which may be yellow, brown, or red in color if aspirated for the diagnostic cytological examination. Further, the cause of the pyothorax in cats is subject for a debate, as vet specialist have associated different possible causes to this particular infectious condition. However, research has shown that pyothorax isn’t a hereditary predisposition of whatever cat breed and that cats under 3 years old are at much greater risk of the development of the condition, rather than in older cats.

Moreover, pus in the chest cavity is medically known as pyothorax. In medical term, pyo denotes pus and thorax is the certain area of cat’s chest, hence a pyothorax is a septic outpouring found in pleural space.

Pyothorax in cats occurs when the natural immune response of the body to a certain invasion of bacteria accrues in the chest cavity. The pus, made up of dead cells and white blood cells. This gathers at the infection site. Sooner or later, the white blood cells die, leaving a thick whitish-yellow fluid, which is distinguishing of a pus.

However, the pus, which accrues in the chest cavity is actually different from the abscess, in which it doesn’t create a bounded tissue wall, in order to inhibit bacteria from spreading. Rather, the pus may form in sacs, which then line the pleura, which eventually scar the cavity and austerely impair the function of the lungs.

Additionally, a bacterial infection, which settles in the chest cavity of a cat may enter from the esophagus or lungs. Cats commonly get these kinds of infections from bite wounds, yet they may also get them from breathing in foreign bodies, or from spreading lung infection, like pneumonia, through the chest cavity.

Pyothorax in cats may cause a huge deal of respiratory distress to the cat. In fact, the cat might have difficulty in breathing throughout regular activities and lay on its side more often might increase the distress in moving air up to the lungs. Furthermore, cat owners might notice that the cat tends to avoid situations that are physically challenging, just like going upstairs or engaging in encounters with playmates. Also, the cat may keep its mouth open, in order to push even more air into its lungs. This is already a clear indication of austere respiratory distress.

The symptoms, which you may see in cats with pyothorax include the following:

Treatment for Pyothorax in Cats

The main focus in pyothorax in cats treatment is getting rid of the fluids from chest cavity, as well as deliver an destructive therapeutic regimen of antibacterial agents to the cat. Commonly, a drain or a flexible catheter, is being inserted in the affected chest cavity area, thus allowing the fluids to be detached from the body. Getting rid of the fluids, which come from the chest may alleviate the pressure that comes from the lungs, letting the cat to regain its normal habit of breathing.

Coupage –a certain technique, which involves speedily slapping the chest wall, yet not with sufficient force in injuring the cat –might assist in removing debris from the chest cavity. Additionally, a bacterial culture may also be reiterated if the condition of the cat does not progress.

In addition, the affected area might be flushed out, in order to get rid of the infection and pus directly from the source. Nevertheless, antibiotics is necessary to use. Antibiotics are frequently given to the cat in an oral manner, yet may also be administered via a surgically placed gutter. Further, the cat may likely to be hospitalized for about a week, since it will take quite a few days for the fluids in thoroughly draining from the chest.