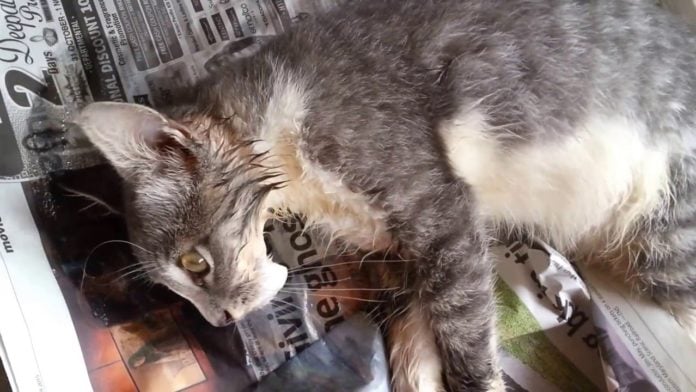 It is a fact, your cat may be curious about anything new that is placed in its environment. It will sniff new things or maybe lick it. If it happens to stick to its tongue or nose, or if it tastes good, the chances are it’ll be swallowed. Cats may also scavenge food out of trash bins, or anywhere else that they might find it. Further, in the process, they might also eat any foreign materials, which may be present right there. These items that are swallowed might cause no problem or might be lodged somewhere in the digestive system and cause some blockage. Similarly hazardous, some of which may be poisonous. The mainstream off the case of poisoning in cats is from the things they eat. These toxins come from various sources and may affect the cat in a lot of ways. Read on to learn more about it.

Poisoning in Cats: What is this?

Poisons, most especially insecticides or rodenticides, are fast acting since the molecules tend to attach to the blood cells and may spread through the entire body. Moreover, poisons affect the cat’s body in various ways, varying on the active ingredient. Some of the toxins attack the blood cells, thus causing internal bleeding. Furthermore, others target the central nervous system, which affects the heart and the brain, while some other poisons target the organs, hence slowly shutting each of the vital organs down. Moreover, poisoning in cats is, at all times, an emergency situation, which should be cured as soon as possible by a vet. The cat owners, which wait to seek some medical concern or wish to treat the poisoning in cats at home with no vet consult risk the probability of a sudden death.

The poisoning in cats mainly involves absorption, inhalation, or indigestion of a toxic substance. Medications, plants, chemicals, insecticides, as well as food products may poison a cat. In case you are able to witness a cat coming in contact with or ingesting a particular product you know might be toxic, you may find medical care even before the poison spreads through the entire body. Unluckily, the majority of the cases of cat poisoning happen when the owner isn’t present and the sole way a pet owner might be informed is with the presentation of the symptoms. Cats who have been poisoned may likely start to salivate copiously from its mouth. its behavior might change from calm, to excited, to anxious and the cat might start to vomit. Varying on the kind of toxin, a cat might rapidly go into tremor, losing of consciousness, as well as seizure within a several hours.

The most common of all the causes of the poisoning in cats is the ingestion by licking a particular toxin off its fur. This is all due to the undue cleanliness in the nature of the cat. Furthermore, it isn’t common for a cat to consume a poisonous food product, except it is combined in its food. Cats tend to chew on decorative house plants, as the indoor cats font have the chance to ease stomach nausea via the consumption of grass. This is what causes the plant toxicity. Furthermore, the inhalation of the chemicals, like cleaning products, may cause poisoning in the cats when they present as the cat owner cleans with a chemical agent that is highly fume.

The signs and symptoms of poisoning in cats varies on the active ingredient the toxin has, yet the mainstream of the poisons may cause gastrointestinal distress labored respiratory signs, as well as some neurological changes.

Here are some of the most common symptoms of cat poisoning:

The treatment for poisoning in cats varies on the kind of toxin the cat came in contact with. If a particular remedy for a real poisoning is available, that may be used. However, in most of the cases, the treatment is aimed in the alleviation of the symptoms, as well as in keeping the cat in its stable condition, until the toxins are being processed out of its system. Whatever or all of these treatments below might be beneficial for your cat:

The prevention of the poisoning is all about the prevention of the access to the toxic substance. You need to keep household chemicals and all the other hazardous materials in the right containers, prudently stored and sealed. Clean up any spills instantly. You should not leave the medications out in any place that your cat get to or where they may be knocked into the floor. a