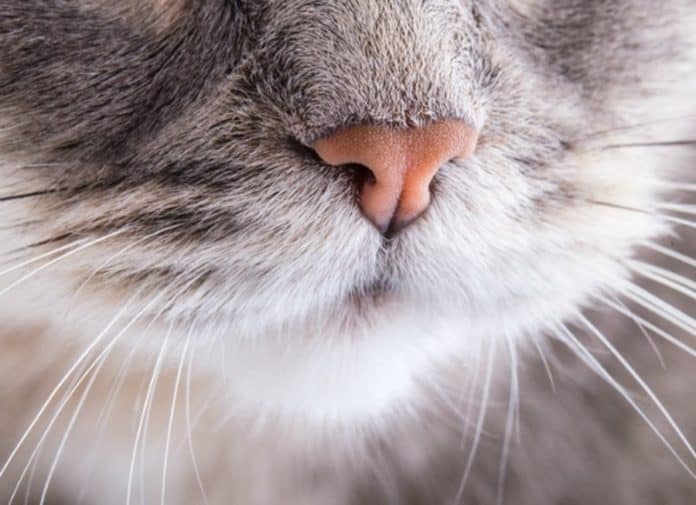 The inflammation of a cat’s nose is medically known as rhinitis. Meanwhile, sinusitis refers to the nasal passage inflammation. Both of these medical terms may cause the development of mucus discharge. With lengthy inflammation, bacterial infections are so common. In this article, we will discuss these two – nose and sinus inflammation in cats including the causes, symptoms, prognosis, and treatments. Read on to learn about these and more!

What is Nose and Sinus Inflammation in Cats?

Nose and sinus inflammation in cats is a typical and at times, serious problem felines experience. It may be a main condition that is severe in nature. However, more frequently, it’s actually a result of a systemic condition like an infection. Sporadically, the condition may be idiopathic, which means, the source is not known and makes the treatment even much harder

Moreover, chronic rhinosinusitis might persist over the lifetime of the cat. This can be a challenge in managing and there’s no known treatment. Nevertheless, nose and sinus inflammation in cats is seldom lethal to cats and is frequently treated easily with some antibiotics unless there’s chronic, as well as underlying condition, which comes with it. In these kinds of situations, the treatment may include addressing the causes and symptoms of the acknowledged condition.

In the event that the mucus membrane lining of the nose is being inflamed, the malady is known as rhinitis. Further, the swelling of the sinus lining is called sinusitis. These two conditions frequently take place together, developing rhinosinusitis. However, this don’t happen all the time. When left without any treatment, the malady may constrain the mucus membranes’ function on the nasal passage, leaving the lungs in handling the job of filtering of microorganisms and dust. These may frequently lead to the upper respiratory infection.

Feline calcivirus and feline herpes viral rhinotracheitis are the most typical causes of nose and sinus inflammation in cats, even though other viruses may be at fault as well. Furthermore, bacterial infections frequently happen after the first onset of the viral infection. Some other possible causes of the conditions include the following:

A sneezing and runny nose might be the first signs of nose and sinus inflammation in cats. You need to dismiss the condition as a lone common cold if you see the following symptoms as well:

One basic physical examination might be first directed. This may include the nose, eyes, ears, mouth, and nasal cavity. The vet might look for some evidence not just of swelling but of polyps too, infection, as well as dental disease. If clinical indications show any of these, additional tests might be necessary in identifying the causal condition.

Furthermore, a urinalysis, serum biochemistry, and complete blood count may be done in testing for bacterial, fungal, and viral infections. Feline immunodeficiency virus and feline leukemia virus are typical causes of sinusitis and chronic rhinitis. These may be detected via blood tests. The blood pressure levels of the cat may be monitored, in order to find any indications of hypertension, as well as a polymerase chain reaction test, which may be done in checking for calcivirus and herpesvirus 1 –both of which are common causes of lower and upper respiratory disease.

If there are anything that concerns you, the vet might decide and perform CT scan, MRI scan, or C-ray of the skull, in order to check the nasal sinuses, passages, bone health, dental health, and more. Further, these tests –the doctor will conduct under general anesthesia.

Treatment for Nose and Sinus Inflammation

Even though there is no treatment for nose and sinus inflammation yet, systemic and topical antibiotics together with anti-inflammatory medications and antihistamine may help in reducing the symptoms in the mild through acute cases. The length of the treatment is contingent on the response of the cat. The chronic conditions might be treatable symphonically.

When the condition has austerely progressed it is important to administer intravenous fluids, as well as nutritional supports, which are given via a feeding tube in preventing or stopping weight loss. The treatment may then be addressed even more directly through the causal condition.

In addition, if the antibiotics medication show no effects on the viruses, the vet might choose to administer feline herpesvirus vaccine, which assist in minimizing and shortening the recurrence of the symptoms of the infection in the near future. Additionally, iisn’t a preventive measure and is just meant to diminish the symptoms on the cat.