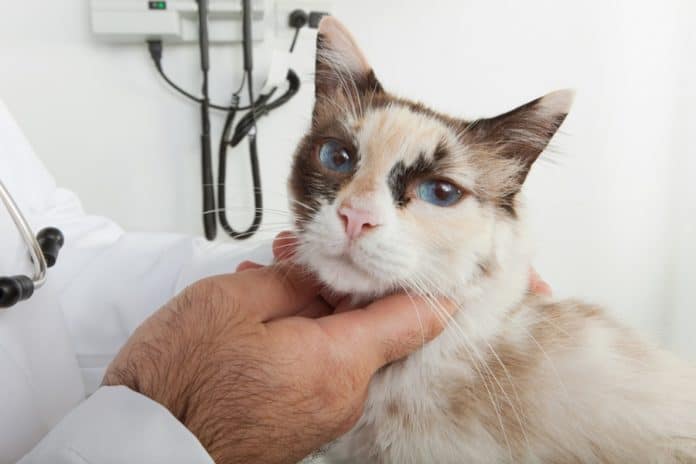 It is a common knowledge that there are many parts of the respiratory system. However, the two major and important parts of the upper respiratory system are the paranasal and nose sinuses. The paranasal sinuses are the hollow spaces in the skull’s bone. They link with the nose, as well as assist in adding moisture through the air that the cat breathes in via its nose. Both the inside of the paranasal sinuses and nose are enclosed in the similar kind of tissue, known as the epithelium. The tumors, which may grow from the squamous epithelium are known as squamous cell carcinomas. In this article, we will discuss some more interesting facts about nose and sinus cancer in cats including its causes, symptoms, and treatments. Read on to learn about these and many more!

What is Nose and Sinus Cancer in Cats?

Nose and sinus cancer in cats are actually denoted to be somewhat rare in cats and in some other companion animals. Cats are at a much higher risk in developing this kind of cancer, rather than in dogs. The symptoms might be so similar to the respiratory infection and might not appear austere up until the cancer has gone to a late stage. Whatever animal that shows signs of nose and sinus cancer must be seen by a vet as quickly as possible.

Moreover, nose and sinus cancer is also a condition wherein abnormal cell growth happens in the nasal cavity, surrounding tissues, or sinus passages. The cancer cells may be malignant and may have a potential in spreading, or they might be benign. Either of the case, medical interventions are frequently important in removing and treating properly the tumor. Even though most of nose and sinus cancer in cats are malignant, they’re less possible to spread, rather than the cancer that are found in some other parts of the bod. The most expected location for this kind of cancer is to the lymph nodes or brain.

There are different kinds of cancer, which may be found in cat’s nose and sinuses. For cats, carcinomas and lymphomas are the most typical forms of nasal as well as sinus cancer. These cancers has the tendency to be malignant. The kinds of nose and sinus cancer seen in cats may include the following:

When the cancerous cells are present in the sinus passages or nasal cavities, the symptoms may often be the same as the respiratory infection. Typical early signs may include runny nose, sneezing, and nasal stiffness. These may all be in connection to so many minor and common illnesses. Since the cancer progress and the cell grow and spread, the austerity of the symptoms may increase, thus making them even more obvious. The symptoms might affect the sinuses, brain, face, eyes, and the nose.

The symptoms of the condition may include the following:

Treatment for Nose and Sinus Cancer in Cats

The recommendation of the vet for the treatment may vary on the location, type, size, and spread of cancer. In some instances, treatment may not even be an option, and the diagnosis may be poor. It’s somewhat common for nose and sinus cancer in cats to need a multi-divided approach of treatment, since the method combination has shown to be way more effective than any single treatment plan.

Some of the more common treatment for the condition include the following: