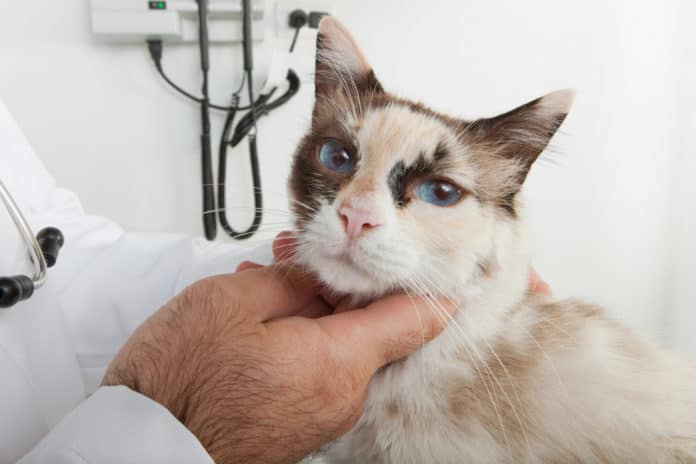 While the brain tumors in cats stay somewhat rare, it is a condition that happens and may sometimes be treated efficiently. A tumor, as we know, is an abnormal growth of the cells, and might be classified as primary or secondary. The primary brain tumor may originate from cells commonly found in the brain, as well as its membranes. On the other hand, the secondary brain tumor, is the one that has metastasized to the brain from a primary tumor somewhere else in the body, or that’s affecting the brain through extending in the brain tissue from a neighboring non-nervous system tissue, just like the bone. Get to learn more about this condition that affects felines –read on to this article!

Brain Tumors in Cats: What are these?

The brain tumors in cats are a collection of cells, which grow in an abnormal manner. The vets place brain tumors in two different categories. In the event that a tumor instigates in the brain of the cat, as well as its membranes, it is, as what we said it earlier –a primary tumor. On the other hand, as what we also said earlier –the tumors hat start anywhere else in the body and spread through the brain are known as the secondary tumor.

Moreover, the cats may develop medical conditions, similar to humans. Though most cats are healthy in general, there are various conditions, which may pose a threat to the overall health. Further, the brain tumors are just like this kind of condition. Though this kind of cancer is way more common in dogs than in cats, the cats might still develop tumors, which may be cancerous.

Cats which develop brain tumors may exhibit a variety of symptoms. Here are some of the most common symptoms seen in the domestic cats:

To be able to diagnose brain tumors in cats, vets may take a thorough medical history of the owner of the cat. The questionnaire may include information like the pre-existing conditions, unusual birth history, as well as when the symptoms first appeared. After taking a medical history, the vet may examine the cat completely. The vet may observe the gait of the cat, motor skills, as well as its demeanor. Most of the vets may suspect brain tumors in cats about 5 years old, in case they exhibit any neurological symptoms.

Additionally, a blood sample may also be taken from the cat and get examined for any abnormalities. Any routine tests like biochemical profile, as well as a CBC may be performed. Moreover, a urinalysis may also be performed and tested. Vets commonly take an x-ray of the cat’s head to see if there is a tumor in there, nonetheless, a lot of tumors are hard to see on the x-ray results. Additional images might also be taken of the abdomen and chest, in order to see if cancer has already spread into any of the vital organs. In the event that additional images of the brain are needed, vets might order a CT scan or MRI to help in confirming the prognosis. Moreover, vets frequently perform a biopsy of the tumor when possible, in order to determine if it is benign or malignant.

The treatment recommendable for the brain tumors in cats varies on some factors. This includes the type and location of the tumor. In the event that the vet feels the tumor may successfully be removed, he or she might perform a surgical operation. Meningiomas are the easiest among the types of tumors to remove and commonly offer the best outcome for animals. On the other hand, the gliomas are the most problematic ones, as they often lie deep in the brain tissues.

Chemotherapy and radiation may also be performed in the attempt of treating the brain tumors in cats. Then again, they kind of the tumor is what dictates the outcome of the treatment. Commonly, the cats, which have advanced symptoms may not have as promising outcome like those who just started to exhibit the symptoms. Larger tumors may have reduces success rate as well. in the cats which are so ill, doctors might opt to use some palliative care, in order to keep the symptoms under control. This might include medications in controlling seizures or the administration of steroids. The palliative care doesn’t provide any cure at all –it just keeps the cat comfy and give it time with its owners before dying.