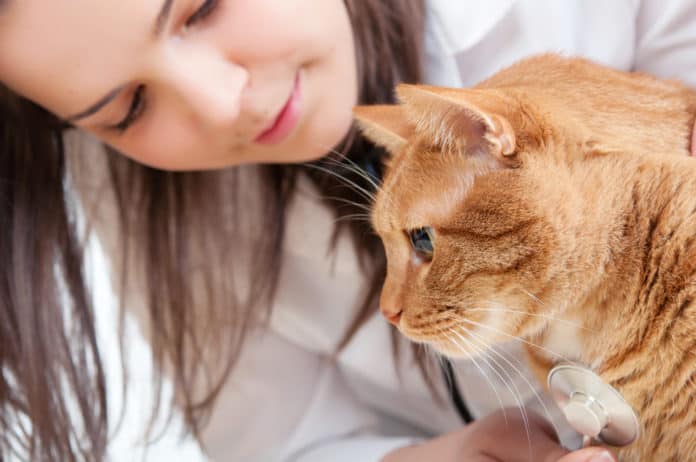 The wind pipe or trachea of a cat is divided into two major tubes or bronchi that feed air in the lungs. Further, the two tubes, which start the bronchial tree divide more into much smaller branches that further split a few more times, in order to form the bronchial tree. The narrowed bronchi in cats is a feline condition, which is rarely seen in the population of cats, yet when it does, it has the tendency to affect the older male cats. Read on to this article and get to learn more about this cat condition!

Narrowed Bronchi in Cats: What is this feline condition?

In case a cat experiences repeated episodes of coughing, wheezing, and shortness of breath, it is significant for you and take the cat to see a vet promptly. The airways of the cat might be narrowed or inflamed, due to bronchitis or asthma. Both conditions may be tremendously frightening, painful, and dangerous for the cat.

Moreover, the same with the humans and many other animals, when a cat inhales, the air will travel down the trachea and into the bronchial tubes that carry the air into the lungs. In the event that the cat exhales, this particular process is being reversed. It isn’t uncommon for the cats to have one or more conditions, which may cause their bronchi to get hypertensive and inflamed to irritants. These conditions may narrow the airways, to the extent that it already makes it hard for the cat to breathe. Further, the most common of among these conditions are asthma and bronchitis –two illnesses that are at times, in connection with each other.

Bronchitis, as we know, is the inflammation of the different bronchi, which carry air in the lungs. This particular inflammation happens as a reaction in the respiratory system.

The asthma is a kind of allergic reaction to an inhaled irritant like pollen, mold, perfumes, dues, and some others, which causes the bronchial tubes to get narrower, thus making it hard to breathe. Sometimes, asthma may cause an infection, which may then cause a case of possible bronchitis.

The symptoms of the narrowed bronchi in cats are often not hard to observe in cats, as they cause the cats to act in ways that aren’t common or natural for them. Dissimilar to the dogs and some other animals. Cats seldom breath or cough through their mouths. Hence, when these behaviors, as well as the signs below are observed in the cat, it is domineering that you need to make an appointment to the vet promptly.

The more common symptoms of narrowed bronchi in cats include the following:

When you first take the cat to see the vet, the veterinarian possibly start by conducting a complete physical exam of the cat, ask some questions regarding the symptoms you got to observe, listen to the breathing o0f the cat using a stethoscope, as well as make some observations of the behavior of the cat. It must be noted as well, that the Siamese cat breeds are more vulnerable to the bronchial issues, since they are obese cats. All of these factors may be taken into consideration.

The issues that cause the narrowed bronchi in the cats aren’t unusual, so most of the veterinarians may be skilled in curing them. Depending on the veterinarian’s findings throughout the visit, the veterinarian might recommend one or more of the treatments below: