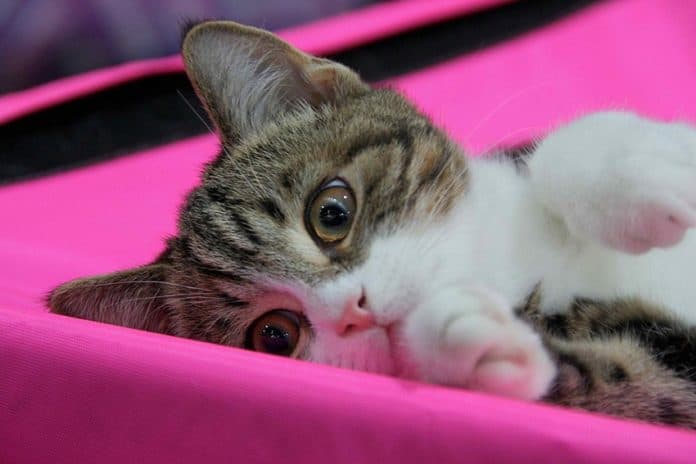 What are Myeloproliferative Disorders in Cats?

The most common cause of cancer in cats is feline leukemia. Moreover, it is an illness, which is prevalent in cats, yet can’t be transmitted to dongs, and some other pet species, or even to us humans. the cat is at high risk if they spend most of their time outside the house or with infected felines.

Moreover, the myeloproliferative disorders start in the cat’s bone marrow and are categorized as a blood cancer. Additionally, these disorders cause an overgrowth of cells all over the body of the cat and are most typically in connection with the FeLV or feline leukemia virus.

Though the major cause of myeloproliferative disorders is feline leukemia, it may also affect cats, which are recovering from panleukopenia or haemobartonellosis. Kittens that are born to mothers, which are infected with FeLV are at a higher risk of developing the conditions. Just as the FeLV, both the panleukopenia and haembartonellsis are also contracted in between cats. The panleukopenia is actually the most contagious amongst all of them.

Feline leukemia is not curable. It’s a viral infection, which causes immunodeficiency issues. There are some effective drugs, which help cats with FeLV to live longer lives. The symptoms of Feline Leukemia include:

This infection is a parasitic infection, which is typically contracted by felines that may have experienced pneumonia or infection. Its symptoms include:

This is most typically denoted as feline distemper. This condition is the same to the canine parvovirus structure, yet isn’t transmittable between cats and dogs. Its symptoms include:

There are some cats may die from this condition with no symptoms at all. Though this condition is most typical in kittens, it may be contracted by any age of cats.

If the cat is affected by myeloproliferative disorders, it may show the following symptoms:

If the cat is showing some symptoms of myeloproliferative disorders and has been previously diagnosed with FeLV, or amongst the other mentioned conditions, you need to take them in for some testing. Further, the vet might not just look at the cat’s health history, yet they’ll do urine and blood tests, as well as a biochemistry profile. Some other abnormalities might include megaloblastic red blood cells or leukopenia or leukocytosis.

Moreover, x-rays are taken in looking for the enlargement in the liver and spleen. They’ll look for red blood cells and anemia, which are oddly large. Haemobartonellosis infections are also found via a blood smear test. On the other hand, panleukopenia is most frequently found via fecal testing.

Treatments for Myeloproliferative in Cats

Because this condition may cause dehydration, in austere cases, the cat might need to be given fluids and hospitalized. There isn’t certain treatment for myeloproliferative disorders in cats, yet antibiotics might be used in preventing or treating secondary infections.

In addition, there’s a poor diagnosis with this condition. A visit to the oncologist might result in chemotherapy, which might help in extending the life of cat. Moreover, if the cat has haembartonellosis, it might need a blood transfusion and some other treatments for myeloproliferative disorders. If the cat has panleukopenia, it goes away from the other cats to avoid contact and will have medications like antibiotics.

A cat that has a myeloproliferative disorder may need bone marrow tests and regular blood tests. This will last for the period of its life in monitoring the condition. It might also need an ongoing medication and blood transfusions. Preventing conditions, which may lead to myeloproliferative disorders in cats might be key in the maintenance of the health of the cat. Feline leukemia, as well as panleukopenia might be preventable with the help of vaccines available from the veterinarian.