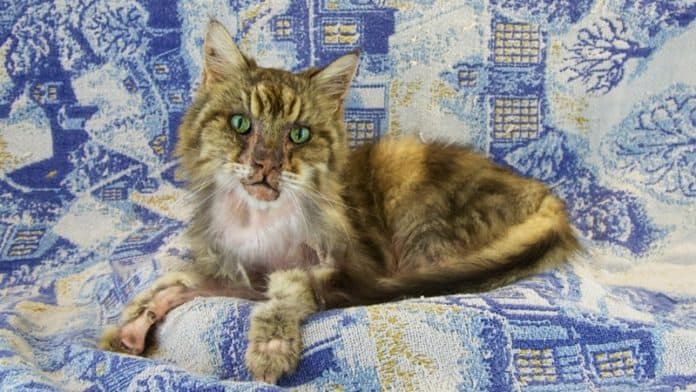 The larynx or the voice box serves as a passage for the airflow from the external environment of the lungs. This protects the lungs from the aspiration throughout  regurgitation and swallowing, as well as allow for the vocalization. The laryngeal disease in cats refers to the condition, which alters the normal structure and / or the function of the larynx or the voice box. Read on to this article to learn more about this feline condition.

Laryngeal Disease in Cats: What is this feline condition?

The larynx, as we know, has a lot of functions for the cat’s eating and breathing. Further, it serves as the filter in between the mouth and the lungs, allows the cat to vocalize, as well as prevent aspiration when the cat vomits. The aspiration pneumonia is a serious illness wherein the food or some other particles might make their way in the lungs, commonly when the breath is taken immediately after or during vomiting. Furthermore, the location of the larynx and its muscular nature is what prevents this from happening when it’s normally functioning.

Moreover, the laryngeal disease in cats is a broad, catch-all terminology, which refers to whatever condition, which affects the normal function and the airflow via the larynx of the cat.

In felines, the occurrence of the laryngeal disease in cats is based on the limited reports in the literature, yet it appears to be suggestively lower than it is in dogs. The affected cats are commonly older, yet it’s seen occasionally in the younger cats, secondary to surgical procedures and trauma. Further, the average age in a report was 11 years old. The cancer of the larynx commonly happens in the middle-aged up to the older cats. There’s no clear breed vulnerability.

The laryngeal diseases is more often seen in dogs than in cats, yet it also occur in the cats. Further, the condition may be picked up. This means that it comes as the pet grows old, or a congenital or hereditary disease in the young cats, even though this is less common. The causes of the laryngeal disease in cats may include the following:

Cancer as the cause of the condition

Cancer is actually the most common of all the causes of laryngeal paralysis, as well as laryngeal disease in cats. The major types of cancer, which cause the condition are squamous cell carcinoma, thyroid cancer, and sarcoma, given the close proximity of the larynx to the thyroid. Some other types of cancer may also metastasize or spread into the larynx. In case of cancer, tumors and inflammation, the growth or inflammation of the larynx may cause a narrowing on the air passages, hence creating the condition.

There are numerous underlying illnesses, which might potentially cause the laryngeal disease in cats. This is what creates some symptoms of the condition. Nonetheless, there are commonalities in the symptoms in all the cats with the condition. These may include the following:

The prognosis of the laryngeal disease in cats will start with a complete physical examination. The vet may need to know a timeline for the onset of the symptoms. This may especially be important in case of tumors, cancer, or some other growths. This is since it will allow the vet in determining how aggressive the condition is. In case of cancer, the vet may need to conduct an oral examination. X-rays and some other imaging tests may be needed as well.

The most definitive and thorough test that will identify the cause of laryngeal disease in cats is known as laryngoscopy. This allows the vet to completely examine all the areas of the larynx. The cat may need to be sedated for this particular procedure. During this procedure, the vet may use some special tools, in order to examine the larynx of the cat, as well as inspect for growths or lumps. In case these are recognized, the vet may take a small biopsy at that moment.

The treatment for laryngeal disease in cats may be contingent on the primary cause of the condition. In case of tumor or cancer, the vet might choose radiation, chemotherapy, or surgery, in order to excise tumor. The vet might also use some combination of the said procedures, in order to maximize the potential for the thorough recovery process. Moreover, the vet might also conduct some follow-up imaging, in order to confirm the cancer hasn’t spread into the other parts of the cat’s body.