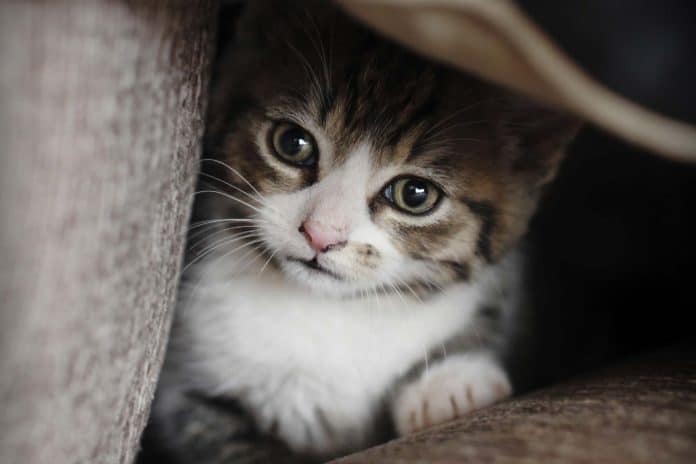 Hyperadrenocorticism or Cushing’s syndrome in cats happens when the cat’s adrenal glands produces excessive levels of  cortisol. While the cortisol is an essential hormone, an elevated levels of it may lead to illness. There are some possible causes to this disease, including a tumor in the pituitary gland or in the adrenal gland’s outer layer. Even though the disease is not common in cats, it is more likely to affect the middle-aged or older cats. Further, it also affects female cats more than the males. Nevertheless, breed doesn’t seem to be a determining factor. Additionally, diabetes almost always accompanies this ailment. Read on to this article to learn more about Cushing’s syndrome in cats.

Cushing’s Syndrome in Cats: What is this feline malady?

The Cushing’s disease in cats affects the adrenal glands of the cat. In case the cat develops this particular condition, its adrenal glands may produce more cortisol than its body needs. While the cortisol is a vital part of the overall health, excessive levels of which may lead to serious conditions and even death.

Moreover, the endocrine system of a cat is as complex as it is in humans. When it is functioning properly, the cat is happy and healthy. Nonetheless, there are some illnesses, which may affect the cat’s endocrine system, which may cause the cat to experience some negative symptoms. The Cushing’s disease is included, even though it is rare in the cats.

Regardless of what the cause of Cushing’s disease in cat, the signs and symptoms are always similar. There are 3 different ways cats may be affected by this devastating condition. The following is a description of each condition, which may cause this condition to happen:

The Cushing’s syndrome in cats may happen in cats, which have a tumor in its adrenal gland. This particular tumor may be benign or cancerous. Furthermore, there are some cats that have favorable outcome if the tumor is benign and is removed successfully during a surgical operation. Moreover, a malignant tumor might be removed during a surgical operation, yet the outcome may depend hugely on whether the cancer has already spread to some other parts of the body or vital organs.

If the cat develops Cushing’s syndrome because of the administration of excessive amount of steroid medications, he may have Iatrogenic Cushing’s syndrome. This may occur when the cat receives steroids like prednisone, dexamethasone, or prednisolone. It doesn’t matter whether the medicine is given in injection, tablet, or liquid form. While the steroids have essential uses, serious and sometimes lethal consequences may happen if the cat receives an excessive amount of it.

This is actually the most common among all the causes of Cushing’s syndrome in cats. In all the cats diagnosed with the condition, 85% may have a pituitary gland tumor. This particular tumor might be benign or cancerous, yet all the tumors may stimulate glands to overproduce cortisol. Most of the pituitary gland tumors in cats aren’t malignant, yet should be dealt with, in order to get the production of hormone under control.

The treatment for Cushing’s syndrome in cats is actually contingent on the primary cause of the condition. In the event that the condition has happened because of the excessive steroids, it is significant for the doctor to wean the cat off the medication in a slow manner. Stopping the medications so suddenly may just cause some health issues. In most instances, this might stop the symptoms that come with Cushing’s syndrome, yet the main problem the cat’s treated for might return.

Moreover, tumors on the adrenal gland may be hard to remove efficaciously, especially because of the location of the gland in the body of the cat. Nonetheless, if the tumor is just benign, and is removed safely, the cat might have a good outcome. On the other hand, the tumor in the pituitary gland are often cured with medications, just like Lysodren or Trilostane. These medications are considered as chemotherapy drugs  and aren’t a cure, yet the condition might be managed for a long period of time in some of the cats