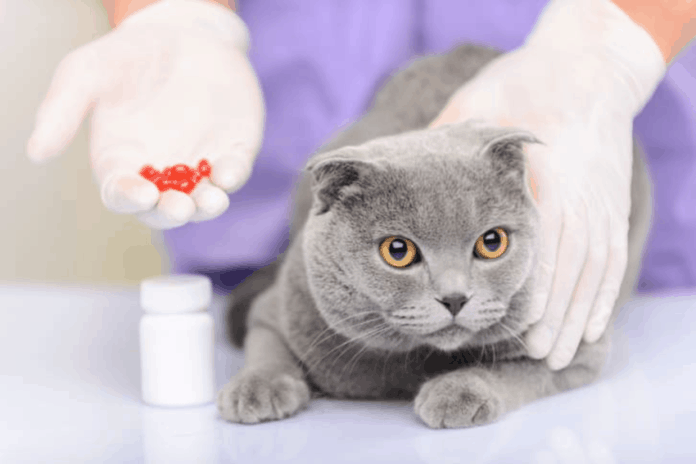 Ibuprofen is a typically used NSAID or nonsteroidal anti-inflammatory drug and is utilized in treating pain, inflammation or fever in humans. These medications are essential in treating inflammation by way of blocking specific processes all over the body. There are some who uses this medication in cats as well, which eventually lead to ibuprofen poisoning in cats. This incidence happens when a cat accidentally or intentionally ingests a toxic dose of ibuprofen. Even though it is relatively harmless in humans, some other NSAIDs like ibuprofen may actually be greatly dangerous to cats. Ibuprofen poisoning in animals is so common and even the smallest dosages may cause an adverse effect. Get to learn more about this condition –its causes, symptoms, as well as its treatments. Read on to learn more!

What is Ibuprofen Poisoning in Cats?

As what we have said earlier, ibuprofen is a nonsteroidal anti-inflammatory drug, which is commonly used in humans as a pain reliever and helps in reducing fever. Additionally, this is available over the counter and even in prescription strength medications. It has a fairly narrow safety margin, meaning –it’s safe for cats just within in a narrow range of dosage.

In the actual fact, ibuprofen poisoning may happen in both cats and dogs. However, cats are way more sensitive to it more than dogs, as their liver are not capable of processing the drug effectively.

The ultimate cause of ibuprofen poisoning is the ingestion of the medication that contains ibuprofen. Nonetheless, even though most cases of this ingestion in cats are accidental, there are some instances where the pet owners try to administer these sort of medications to their cats thinking that it is going to be safe for their cat.

The medications may inhibit COX enzymes that normally possess a protective effect on the gastrointestinal tract’s mucosal barrier, keep the blood flowing normally through the kidneys, as well as to help in regulating the platelet function. When the COX enzymes are being inhibited, the mucosal lining starts to become damages, thus causing symptoms like nausea, intestinal upset, diarrhea, and vomiting, thus causing gastric ulcers. Moreover, the reduced blood flow into the kidney may result in kidney damage. On the other hand, the reduced platelet aggression may lead to the increase in the tendency of abnormal bleeding.

The symptoms of ibuprofen poisoning in cats include the following:

After the vets asks you some questions with regards to the medical history of your cat, they will conduct some blood and urine tests. Bloodwork, such as complete blood cell count or CBC and serum biochemistry to evaluate the organ function, and a urinalysis must be performed for all the suspected cases of the ibuprofen poisoning in cats.

Tests in confirming the prognosis may include endoscopy and blood tests. These blood tests may determine the amount of ibuprofen that is present in the system. This involves the use of special instruments in examining the gastrointestinal system, as well as to look for ulcers due to ibuprofen. The tests might not be available though in all clinics.

Treatments for Ibuprofen Poisoning in Cats

The ibuprofen poisoning treatment may be contingent on how soon the cat shows to the clinic. In the cases presenting in 1-2 hours of the ibuprofen ingestion, gastrointestinal decontamination might be done. This may include administering activated charcoal continually and inducing vomiting.

Supportive assistance or care might also be started depending on clinical signs, blood work, as well as urinalysis results. The intravenous fluids may also help with the kidney function. Anti-vomiting meds together with GI protectants like misoprostol and sucralfate might be used in heling in the protection of the gastrointestinal system.

In cats, which are anemic or those that have lost a lot of blood, blood transfusions might be necessary. Cats that has intestinal perforations may also need emergency surgery. Medications in managing seizures are utilized when necessary. All throughout the therapy, lab tests must be repeated, in order to monitor for the changes. The urine output must also be measured in order to monitor for possible kidney failure.

After the treatment, gastrointestinal protectants must be administered for about 1-2 weeks (minimum) following the ibuprofen poisoning. Furthermore, supportive care must also continue up until the lab tests are stable or normal. In addition, in cases of full recovery regular activities may resume. Some cats might have enduring damage, just like kidney disease and these complications from the ibuprofen poisoning may need a lifetime management.