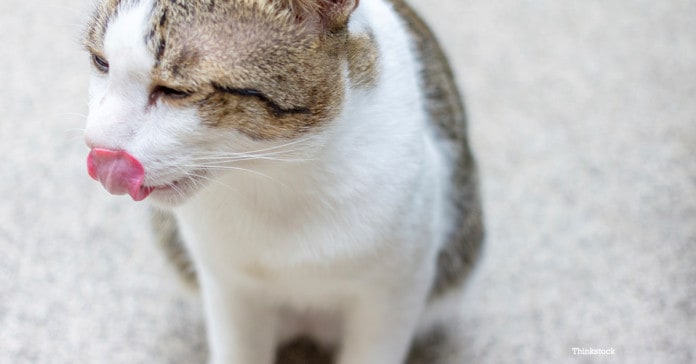 Gastrointestinal obstruction in cats mainly refers to the blockage, which may happen in the intestines or stomach. It is somewhat a common condition, wherein a cat is vulnerable with. Furthermore, the younger cats are at much higher risk as they tend to be much lesser discriminating about what they consume. The gastrointestinal obstruction in cats is referred to as the partial or complete blockage of the nutrient flow in the body, as well as the secretions from the stomach and in the intestines. Give this article a read and get to learn more about it!

Gastrointestinal Obstruction in Cats: What is this feline condition?

In the event an intestinal obstruction in cats has happened, the cat’s health might keep on dropping, until the issue starts to become deadly. The early prognosis and treatment of the condition is the primary factor in the possibility of full recovery. Further, the signs of intestinal obstruction must be taken in a serious manner and quick vet treatment is recommended strongly.

In addition, intestinal obstruction in cats is a common issue, which occurs when the intestines or stomach are partly or entirely blocked. Moreover, the blockage might confine the nutrient flow and / or the secretions within the intestinal area and stomach. The issue is usually so painful and the existence of the objects on the intestines may reduce the blood flow that might ultimately lead to the tissue necrosis.

What are The Causes of Feline Gastrointestinal Obstruction?

What are The Symptoms of Feline Gastrointestinal Obstruction?

Cats that experience an intestinal obstruction commonly may feel ailing and may show one or more of the following signs and symptoms:

How to Diagnose Feline Gastrointestinal Obstruction?

After conducting a thorough review on the medical history of the cat, the vet may discuss the inception of the symptoms, the eating habits of the cat, as well as whether it has an access to objects like sewing needles and string. In addition, if the cat owners thinks that the cat might have eaten a certain object, the vet must be informed.

Additionally, a physical examination may also be done and a typical set of laboratory examinations ordered. This may often include a CBC, urinalysis, blood chemical profile, as well as an electrolyte panel. Further, abdominal palpation might indicate bulge or some other intestinal indiscretions. The visual diagnostics like ultrasound imaging or X-rays might be ordered as well. Furthermore, an endoscopy may also likely be completed. Besides providing the intestines’ visual image, an endoscope might also be essential in extracting tissue sections for the biopsy and / or in removing any foreign bodies, which have been swallowed.

What are The Treatments for Feline Gastrointestinal Obstruction?

The intestinal obstruction in cats frequently needs hospitalization. The treatment course may vary on the austerity of the symptoms and the location, size, as well as the source of the obstruction.

If the cat affected experiences an electrolyte imbalance or extreme dehydration, it‘ll be necessary for it to be stabilized, right before any further treatments might be provided. Furthermore, electrolytes and fluids may likely be intravenously ordered and in some instances, plasma might be provided.

When the gastrointestinal obstruction is due to a hairball, the vet might choose administering some laxatives, as well as monitoring the cat for a few days, in order to see if the hairball may pass preceding to indorsing surgery. Further, this certain treatment choice might be recommended as well when the occurrence of a rectilinear foreign body like a yarn or string has been perceived sooner after the ingestion.

In case the attempts in removing the foreign body with the use of an endoscope haven’t been successful, surgical procedure under general anesthesia may likely be essential. Further, for the duration of this process, the vet may locate the obstruction and create a small cut on the intestine or stomach to remove it.

When the vet care is promptly provided, diagnosis for the affected cats is commonly positive providing there are not at all surgical difficulties. Ensuing surgery, antibiotics pain and medication may be prescribed; further, the cat might need to stay in the vet hospital for a few days. When the cat is finally able to retain liquids and food, it’ll already be fine to return home. It must then be retained calm and should be given an unobtrusive place to recover away from other animals or even children.