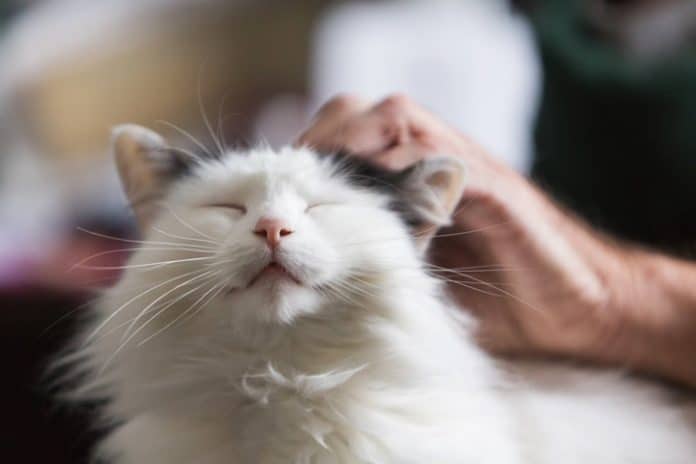 With the advancing age comes a lot of disorders and complications. Cognitive dysfunction syndrome or dementia in cats is one of these conditions, which is directly in relation to the aging of the cat’s brain. This eventually leads to the changes in memory and learning, as well as reduced responsiveness to stimuli. Even though the initial symptoms of the condition are mild, they progressively worsen over time. This is also called the cognitive decline. In this article, we will be discussing more about this. If you want to learn more, give this article a read.

Dementia in Cats: What is this feline condition?

Dementia in cats has been linked to Alzheimer’s disease and senile dementia in the aged humans. Consequently, you need to know what to do when the condition affects the cat.

As the cat ages, health disorders and complications are so inevitable. One of the major health conditions that are highly possible to affect an aging cat is dementia. This is also known as cognitive dysfunction that is simply a decline in the various brain-related abilities of the cat, including its response to retention of memory, stimuli, as well as general awareness. Additionally, the cat’s immune system grows much weaker.

The exact cause of dementia in cats hasn’t been determined yet. Nonetheless, the genetics of the cats might actually play a part in the onset of the condition. Additionally, there are some other factors, which may greatly contribute to the development of the condition. This includes the following:

In case a cat has hit 10 years old, the owner is likely to start noticing the signs of dementia. Nonetheless, advances in the vet medicine have already gone a long way in increasing and making the lives of the cats longer to more than 20 years. Hence, the following symptoms do not mean the end of life for the cat.

In giving prognosis for dementia in cats, the cat’s health history is so important. You’ll need to let the vet know the date when you first get to notice the condition and any of the possible causes. After this, a physical examination will be conducted for analysis of the whole condition of the cat.

Moreover, the vet may carry out some tests, including blood tests, x-rays and ultrasounds. The aim of this is to make sure that there are no other causes to the changes on the behavior of the cat, aside from dementia. Additionally, a specialist in the animal behavior might be contacted in case the examination of the cerebrospinal fluid and MRI on the cat doesn’t show any damages on the brain.

Bear in mind that noticing of the indications alone doesn’t confirm the existence of the condition in the cat. For example, aversion to water and food may also mean that the cat is in real pain. Additionally, the older cats greatly cut down on their time playing, preferring to just sleep in their free time. This does not mean they have dementia –they are just too old to play with so much verve as the young cats.

When the vet picks out dementia as the most probable cause of the behavioral changes in the cat, he or she might give prescription aimed in eliminating the anxiety, just like fluoxetine. The medications also help in reducing or fighting off the effects of the malady.

When the doubts of dementia in cats have finally been removed, the cat owner need to ensure that their cat gets a perfect kind of therapy, as well as support for the remainder of its own life. Luckily, the responsibility of the health of the cat isn’t wholly left to the vet. There are a lot of things for you to do in the pursuit of making sure the cat’s cognitive functions are being improved and you have the chance in giving their best.

Moreover, the diet of the cat is a great determinant in reducing the effects of senility in the cat’s health. Further, the inclusion of vitamin C and E and antioxidants in it may do so much more good than harms. The diet must also have additional nutrients like flavonoids, carnitine, omega-3 fatty acids, beta-carotene, as well as selenium.

Bear in mind that the treatment for dementia in cats isn’t designed to totally get rid of the condition. What matters most is the period of time in between the actual treatment and the onset. By way of making an early appointment to the vet, you’ll need an upper hand against the condition as it’ll be easier to manage and treat it. c