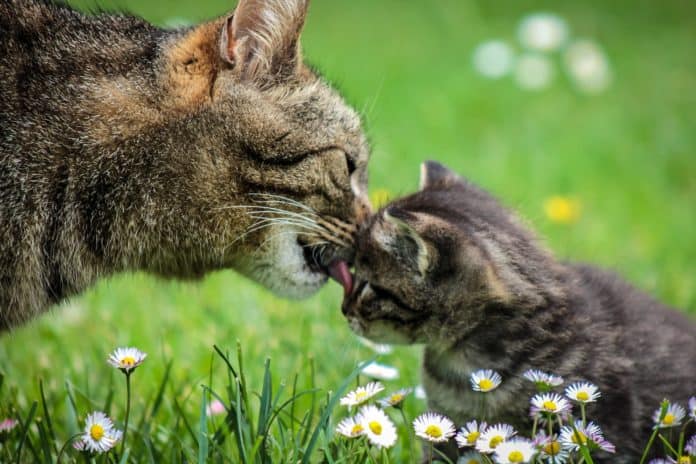 The breeding timing in cats actually refers to a particular technique which might be used in making sure of a conception in cats through the purposeful timing of the insemination throughout the estrus period. It is very important for a cat owner to know when the breeding time of their cat is. Read on to this article and get to learn more about the causes, symptoms, prognosis, as well as the possible treatments for it.

Breeding Timing in Cats: What is this?

Heat or estrus commonly takes place for the very first time in the female cats at anywhere from 4-6 months old. Furthermore, it is a period wherein the ovaries are capable of yielding eggs. Further, in the event that they bred by a male cat throughout this period, it is possible that the mating may result in the pregnancy of the female cat.

The breeding timing in cats may refer to the period of time wherein a queen or a female cat is at most fertile time, and the chances of a breeding timing that results in pregnancy are at its highest. You might tend to notice that the cat has already become so vocal, meowing and yowling loudly and more often than not. Furthermore, it might also roll on the ground, rub against you or your stuff, and might make rubbing motions with is back feet. Being able to show these behaviors or actions, the cat is actually showing any possible suitors, which it is ready to mate and yield a litter of kittens.

The sexual maturity in the cats start on hormonal changes that may indicate that the cat is physically capable of breeding.

It is somewhat easy to determine if a female cat is ready to go through breeding, since the symptoms of estrus are commonly observable through the behavioral changes. There are some cats that might develop some physical symptoms, yet this is lesser apparent than some other household pets like dogs. Further, the main symptoms commonly lasts for about one week. Additionally, you might be able to observe some of the changes or behaviors in a cat, which is ready to breed. These changes may include the following:

The vet may be able to diagnose breeding timing in cats by performing a physical examination. This includes observing whatever common behaviors related to estrus, taking its temperature, or at some point collecting secretions for the vaginal opening of the cat using a sterile swab. This will then be tested for the progesterone hormone. In some instances, breeding timing may also be detected by the use of an ultrasound that is used in seeing if the ovaries of the queen are creating follicles in the readiness to releasing eggs or ovum.

The cat owner may also diagnose the breeding timing in cats through clinical symptoms observation. Most often, behavioral changes, which may differ strongly from the usual behavior of the cat. Furthermore, the cat owners may also start tracking periods of estrus via a calendar. This may give a good indication as to when the next hormonal changes will happen and, when desired, breeding with a male cat may happen.

To be able to maximize the odds of conception in cats, the number of the mating periods should be increased through the breeding on consecutive days. Further, the timing isn’t as significant for the cats, as the simple stimulation of the cervix and vagina increases the amount of LH being released. Breeding four times every day at a minimum of 2-3 hours away from each other on the 2nd and 3rd days of the estrus period may maximize the LH release, as well as improve the odds of the conception. The progesterone testing may verify the ovulation of the queen.

In order for a female cat to keep intact, it must be seen by a vet for a regular checkup. This is in order to make sure that its reproductive organs are actually healthy, and to check for the presence of any tumors or infections as it ages. fffffffffffff