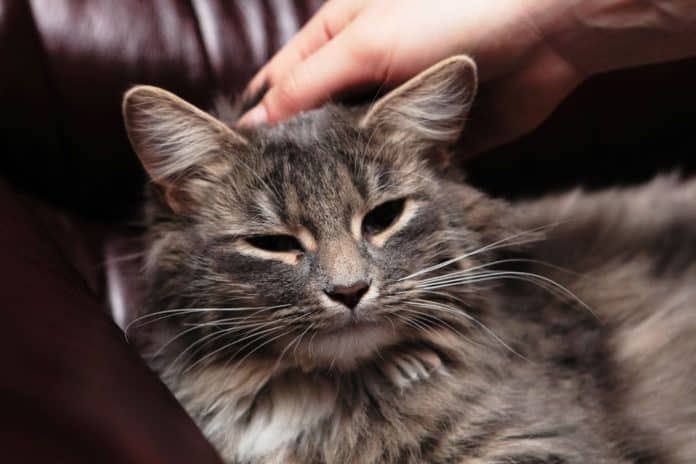 Botulism –a rare yet serious paralytic feline disease, which is in relation to the ingestion of dead animals and meat. This particular condition affects lots and lots of cats. Get to learn more about it –give this article a read. We will be explaining further what botulism in cats is, its causes, symptoms, how it is diagnosed, as well as its treatments. Read on to learn more!

Botulism in Cats: What is this feline disease?

In the actual fact, botulism in cats is a form of toxin that is due to bacteria, which may cause severe paralysis that may be fatal. If you happen to suspect botulism, the cat must be taken to the vet immediately.

Moreover, this feline disease is a serious kind of food poisoning due to a bacteria that grows as the foods like meats or vegetation decay. Furthermore, it affects the cats or any animals that consume it through the creation of the powerful toxin, which causes damage in the multiple systems in the body.

Additionally, it is referred to as an intoxication rather than an infection as the bacteria don’t need to infect the host in causing serious symptoms, yet instead are being ingested. Further, botulism may affect a lot of species, this includes people, as well as the companion animals like wild animals, farm animals, and cats. Further, it isn’t contagious, yet may sicken a lot of animals in case they all ate the similar contaminated food. In addition, cats aren’t as probable as some other animals to contract the disease as they are much pickier eaters and has the tendency to fairly resist to the disease. Nonetheless, if cats were affected by it, for sure, it will be a panic.

Botulism is a kind of poisoning due to bacteria. It happens when an animal consumes contaminated food. Garbage, spoiled food, moldy food, compost, and decomposing carrion may be the sources of bacteria. The most common among all the causes of botulism in cats are actually due to the endotoxin that is produced by the bacteria. Further, the toxin has a negative effect on the different symptoms of the body.

The symptoms of botulism in cats may commonly start within a several hours of eating infected food and may last for several weeks or days. The most obvious and serious symptom is the paralysis that starts as weakness in the hindquarters before starting to become more austere and spread.

Here are some of the sympto0ms of cat botulism:

Botulism in cats may be hard for a vet to diagnose, since other bacteria or causes may result in the same symptoms. Further, paralysis is the most common indication of the condition, so it must be suspected in pets with this or any related signs and symptoms. In addition, it’s hard to properly test it as well, since the bacteria might not be present in tissues or fluids. The intestinal contents or stomach contents, as well as urine or fecal matter may be tested, yet the results still may be unpredictable in the identification if the botulism is the main cause of the paralysis of the cat.

The most common of all the ways in diagnosing botulism in cats is through the exclusion of some other likely causes of paralysis. The vet may also want to discuss the eating habits of the cats. Be ready to give some details about your pet –whether it eat share table scraps, eat canned foods, likely to have eaten something outside the house, or gets into the trash.

The vet might also have questions regarding the onset of the symptoms and the medical history of the cat. A thorough physical examination may also be performed, as well as x-rays and some other imaging may be essential in the determination if the lungs are affected of it, as the respiratory paralysis is often the main cause of the fatalities in the animals with the condition.

The vet may treat the cat in accordance to the severity of the condition. If it is just a mild case, the cat might be temporarily hospitalized and cured with an intravenous feeding and a urinary catheter. Nonetheless, if the cat has a severe case and having a hard time breathing because of paralysis of its respiratory muscles, it may need close monitoring in an ICU. Under any cases, the cat may experience having a tube placed on its mouth and may be hooked up into a ventilator in assisting its breathing.

However, notwithstanding the severity of the condition, a type C antitoxin may be given to the cat, in order to neutralize the toxin and prevent any further progression. Complete recovery commonly takes place about 1-3 weeks.