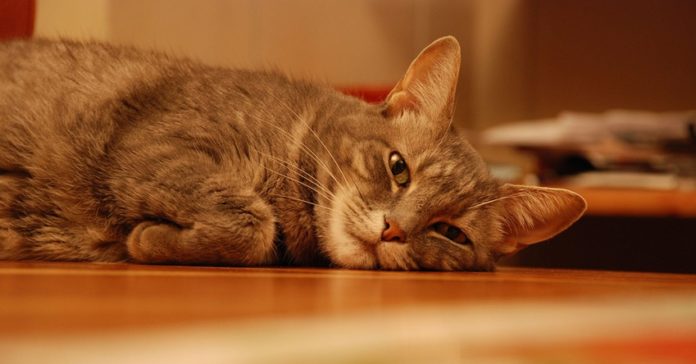 Bile is the yellow-green fluid, which is produced and released by the liver and is deposited in the gallbladder. It’s found in both animals and humans and stays in the gallbladder up until the food has already been ingested. When the food has been consumed, the bile is being release through the small intestine in order to assist in digestion and will break down the food so it might be used properly by the body or passed out in waste form. In this article, we will discuss a condition in felines, which affect the bile duct. Here, we will discuss the causes, symptoms, prognosis, and treatments for bile duct obstruction in felines or cats. Read on to learn more about these!

What is Bile Duct Obstruction in Cats?

Bile duct obstruction is also called cholestasis. This feline condition occurs when the bile is not able to flow properly from the gallbladder through the small intestine. When bile is prohibited from leaving the bile duct, your cat might become so ill, since it might not get the appropriate nutrition that it needs. Superfluous red blood cell (RBC) breakdown products may affect the brain, heart, kidneys, and lungs.

The bile is a fluid, which assists the body of the cat in the food digestion. This is made in the liver and is being stored in the cat’s gallbladder. After the cat eats, the bile goes into the bile duct though the intestines. This is where it assists the breakdown of foods for the cat to receive the necessary nutrients and get rid of the leftover as waste material.

The bile duct obstruction is not actually a disease in itself, yet instead a secondary illness, which may arise from another condition or disease.

The symptoms of this condition might vary, contingent to the disease or condition, which is causing the obstruction to happen.

The vet may ask for the complete medical history of the cat, details about the occurrence of the symptoms, as well as any possible trauma or current surgeries, which have caused the obstruction to happen. Next, a CBC or complete blood count, biochemistry panel and a urinalysis panel might be taken.

The said tests may help the veterinarian in determining the underlying conditions, which might be causing the obstruction and any other conditions, like anemia, which ensued because of the blockage. If the laboratory results show that the bilirubin levels of the cat are high, this is an indication that waste products are really building up in the cat’s bloodstream.

M0oreover, a stool analysis might also help the veterinarian in determining if normal levels of bilirubin are actually leaving the body. Excessive levels of bilirubin in the body is an indication of bile duct obstruction in cats. The liver enzymes of the cat may show if a liver disease or damage is existent, which are actually causing the obstruction. A urinalysis may help the vet in determining how the cat’s kidneys are reacting to this obstruction.

The vet might also perform x-ray to ultrasound, in order to look at the liver, gallbladder, and pancreas. These tests might allow the vet in seeing any inflammation, scar tissue, or growths, which is causing the blockade. Exploratory surgery might be done if the laboratories, x-rays, and ultrasounds do not give conclusive results on the possible causes of the obstruction.

The treatment for bile duct obstruction on the causal condition or disease, which triggered the blockage to happen.