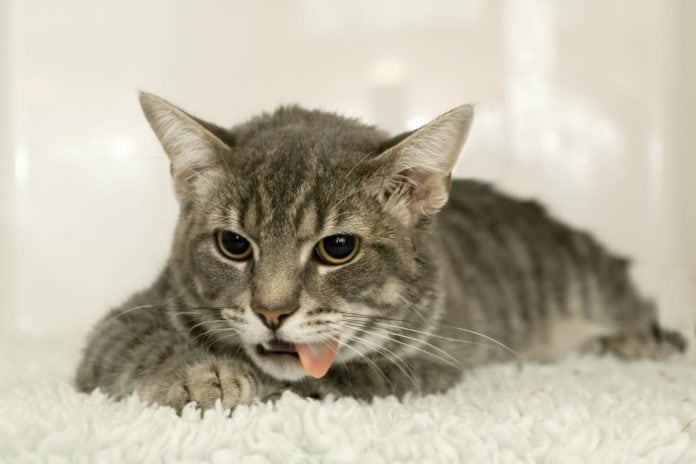 Acid Reflux in Cats: What is this condition?

In a healthy upper digestive system, the sphincter valve or the stomach closes to prevent digestive fluids from refluxing skyward. Nevertheless, the fluid seem to pass this sphincter when the acids that reside in the stomach become too excessive, which is commonly due to a dietary influenced gastritis. After a while, the cat’s esophagus starts to become painful and inflamed, a condition vets term esophagitis. This particular smooth tissues start to become narrowed or scarred and stiffen to guard the acids from any further damage to the esophagus, thus forever affecting the ability of the cat to consume foods easily.

Moreover, acid reflux in cats is a condition wherein the fluids in the stomach tend to flow upward in the esophagus. This is also known as GERD or gastroesophageal reflux disease. Vets don’t know the precise cause of the disease, yet hypotheses have already been made. The up flow of the stomach acid chronically irritates the lining of the esophagus, medically known as the mucosa, thus causing clinical indications of spewing.

The acid reflux in cats may affect any breed, any age, or even gender. This is even though the acid reflux has already been reported in more young cats than the older ones. Cats, which eat table scraps or have a constantly changing diet are more susceptible to developing acid reflux than a cat that’s fed a well-balanced diet.

Moreover, an acid reflux is also found in cats, which are diagnosed with hairballs and vomiting. Vets also have hypothesized the likelihood of a hiatal hernia, being one of the main causes. This is due to the fact that this hernia may cause a tear in the cat’s diaphragm. Additionally, anesthesia is known to cause acid reflux in cats for a time after a surgery, yet this particular form of acid reflux is commonly temporary and may resolve on its own gradually.

The symptoms of acid reflux in cats might mimic the clinical signs that comes with the human acid reflux condition. Vets may assume as well that a feline may feel the similar sensation of heartburn, with the feeling of the[A1]  throat blockade. This is the reason why they tend to display clinical signs that are the same with other humans. Even though the way a cat feels may not be determined, cats display clinical symptoms of acid reflux, which clue cat owners in an underlying condition.

The symptoms of acid reflux in cats may include:

Ensuing a systematic review of the cat’s medical history and performing some medical examination, the vet may proceed to performing a logical diagnostic tests, in order to determine the main cause of the condition. Furthermore, vets may likely to request these diagnostic tests:

Most of the treatments for acid reflux in cats may be done at home. The vet might advise you to withhold the food a day or two, subsequently following a dietary routine of low-protein, low-fat meals given in small, regular feedings. The dietary protein and fat must be limited, as the fat reduces the strength of the muscle in between the esophagus and the stomach, while the protein kindles the secretion of the gastric acid.

The medications are an added option. Medications known as gastrointestinal prokinetic agents may help in improving the movement of the stomach contents via the intestines. Moreover, they may also help in strengthening the gastroesophageal sphincter. Regardless of whether the medications are given, a diet change is advisable.

Don’t give your cat Bismuth subsalicylate. It is considered dangerous for the use in cats, because of the cat’s sensitivity to salicylates.